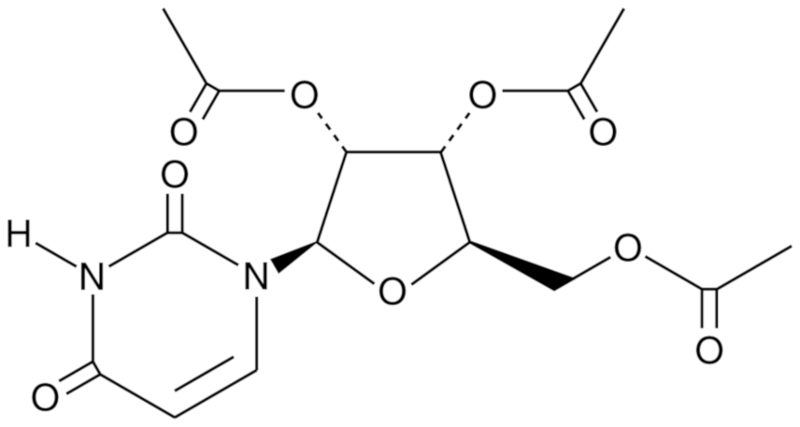 Triacetyluridine (sometimes called Uridine Triacetate or simply TAU) is a relatively novel nootropic supplement. This compound has a history of use as a pharmaceutcial drug to reverse the effects of chemotherapy overdose. However, as a potent pro-drug for uridine, it is now being investigated for use as a brain supplement in its own right. As uridine is currently thought to have beneficial effects on mood, cognitive function and various neurodegenerative diseases (not to mention everything from cysitc fibrosis to schizophrenia), triacetyluridine could turn out to have tremendously utility as a nootropic.

In this article, I’ll examine triacetyluridine’s benefits, mechanisms of action, side effects, and more. At the end of the article, I’ll give you my recommendations for how to use uridine supplements and how to stack uridine with some of the best nootropics out there. As always, if you have questions, please post them in the comments section at the end and I’ll get right back to you.

So in simple terms, triacetyluridine is uridine that has been acetylated to make it more bioavailable, just like with other common pharmaceutical drugs.

You may hear triacetyluridine referred to as vistonuridine, or as some of its former brand names such as Xuriden or Vistoguard. These drugs were used to treat acute overdose from fluorouracil or capecitabine; two chemotherapy drugs. Vitoguard in particular appears to have been astoundingly successful for treating 5-FU or capecitabine toxicity, with up to 96% of patients surviving if treated within 96 hours of ending chemotherapy (compared to 16% survival rate before Vistoguard).

So what are the benefits of using uridine? Is it a good nootropic? Does it promote brain health?

The existing clinical literature on triacetyluridine shows that supplementing may:

These are only the benefits found in clinical trials using triacetyluridine alone and not in conjunction with other nootropic agents, such as omega 3 fatty acids, a choline source, or any other supplements known to positively affect brain function. 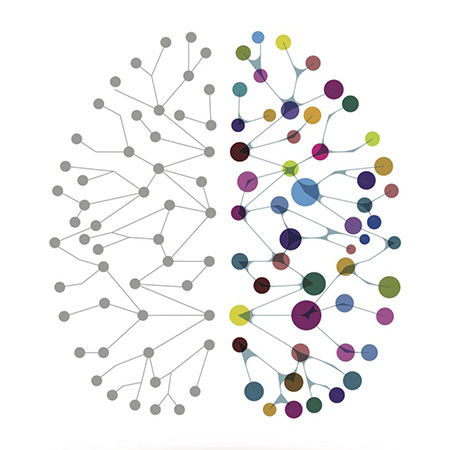 Proven benefits of uridine supplementation include: enhanced learning and memory function, reduced brain fog, greater mental energy, and ameliorated symptoms of cognitive decline including impairment caused by mild neurodegeneration. Uridine is a fairly potent nootropic with varied benefits in terms of brain health and performance. By extension, it seems that triacetyluridine is also a potent nootropic offering multifaceted brain benefits.

So how does Triacetyluridine work?

Triacetyluridine Effects: How does it work?

The reason triacetyluridine is being investigated is because it appears to be so much more bioavailable than uridine.

But why is it so much more bioavailable than uridine?

The enhanced bioavailability of triacetyluridine comes down to the acetyl functional groups that have been attached to the molecule. Acetyl groups increases a compound’s lipophilicity, or its ability to dissolve in fats. Being more readily dissolved in fats makes a compound much easier to absorb in the intestine. In the case of TAU, the magnitude of the effect is immense; animal studies have found that “the relative bioavailability of plasma uridine from orally administered TAU was 7-fold greater than that achieved by an equimolar amount of oral uridine”[5].

A different study by the same authors found that triacetyluridine increased uridine plasma concentrations by 250-fold[6]. The researchers co-administered TAU with uridine phosphorylase, which is the enzyme responsible for uridine catabolism. They found that TAU was impervious to uridine phosphorylase, and that co-amdinistration led to a further 1.7 – 3.9 fold rise in plasma uridine concentrations.

The clinical literature therefore makes it quite clear that triacetyluridine is an exceptional uridine prodrug; far more powerful and efficient than uridine itself!

I’ve explained how triacetyluridine works; it is essentially just a more powerful, highly-bioavailable form of uridine. As such, it appears to offer all of the same benefits associated with uridine, just with a faster, more efficient delivery mechanism.

But how does uridine actually work?

Uridine is a ribonucleotide which your body uses to construct RNA. Along with adenosine, thymidine, cytidine and guanosine, uridine is one of the five standard nucleosides which make up nucleic acids.

As the primary messenger used to decode information in DNA, RNA is a vital component in the growth of new cells and the proper functioning of existing cells. By increasing uridine availability, you can increase RNA availability and optimize the growth, proliferation and function of your existing cells.

Studies have found that supplementing with uridine stimulates the growth of specific structures in the central nervous system. In one study conducted on rodents, researchers found that supplementation with uridine increased neurite outgrowth by a significant degree[7]. Increases in neurite outgrowth were accompanied by increases in neurite branching; that is, the number of branches connecting one neuron to another increased.

It is thought that this effect is caused by several different observed effects of uridine: an increase in phosphatidylcholine synthesis, an increase in intracellular levels of cytidine triphosphate, the accumulation of inositol phosphates, and its acting as a P2Y receptor agonist[7]. The idea that uridine works by accelerating the synthesis of synaptic proteins and phosphatides is supported by studies looking at uridine and DHA (docosahexaenoic acid) stacks[8].

How much triacetyluridine should you be using? 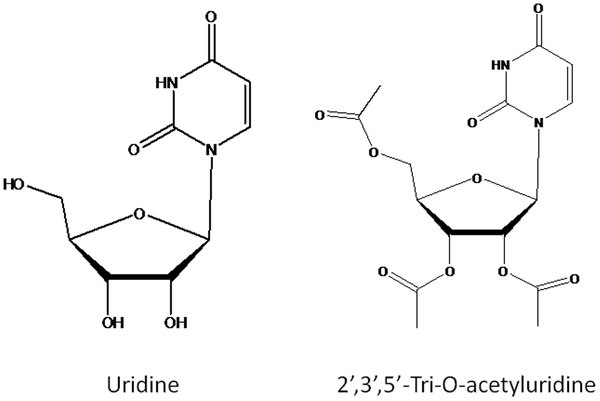 The correct triacetyluridine dosage for the vast majority of people is going to be under 50mg per day. Most users take 25mg 1-2 times daily depending on their goals and how much they are affected.

The half-life of triacetyluridine is roughly 2 hours. Peak plasma concentration of uridine occurs 2-3 hours after oral administration of triacetyluridine. Exact half-life depends on the health of your liver and its ability to process uridine. No differences in elimination half-life have been observed between fed and fasted states[9].

Triacetyluridine is generally well tolerated by the vast majority of users. Uridine is a naturally occurring compound; it is found in beer, tomatoes, sugarcane, and even human breast milk. It is present in the cells of all living organisms. As such, it is unlikely to cause adverse effects when consumed at sensible doses. There are no long-term health risks associated with uridine supplementation.

All of this applies to tiacetyluridine as it does to uridine, as the acetyl groups merely increase lipophilicity and do not substantially change the action of uridine in the body.

A very small number of users have experienced acute nausea, vomiting and diarrhea from triacetyluridine. However, these are dose-dependent side effects; they normally occur when an individual is given a very large dose to counteract fluorouracil or capecitabine overdose/toxicity. For regular nootropics users taking the recommended doses, side effects are highly unlikely.

How To Stack Triacetyluridine and Nootropics

Triacetyluridine is a very general nootropic in terms of its effects and benefits. It promotes neurite outgrowth and prevents neurodegeneration. Obviously, such effects are going to promote overall cognitive performance and good brain health over the long-term. That means triacetyluridine users can expect improved memory function, sharper focus, and attenuated cognitive impairment.

While Citicoline is partly composed of uridine, the low bioavailability of the standard form of the molecule means citicoline is unlikely to raise uridine levels by a substantial margin. As such, if you really want to maximize neurite outgrowth and branching, triacetyluridine is your best bet. 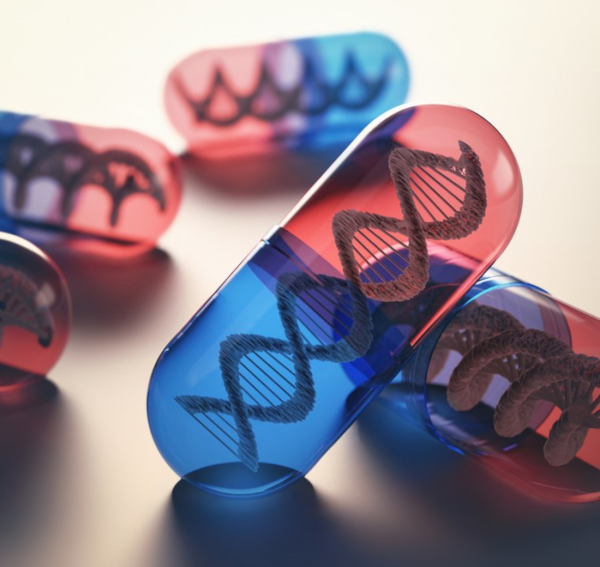 If neurite outgrowth and dendrite branching is your goal, then you are obviously concerned primarily with neuroplasticity; the brain’s ability to adapt to higher cognitive demands by revamping physical brain architecture (synapses, neurons, dendrites, etc.). For maximizing neuroplasticity, I strongly recommend stacking triacetyluridine with other nootropics which promote brain adaptations and development along different pathways.

It would also enhance cognitive function in the short to medium term, helping to counter symptoms of ADHD/ADD, promoting motivation through dopamine potentiation, and enhancing learning via multiple pathways.

Looking for a Better Brain Supplement? 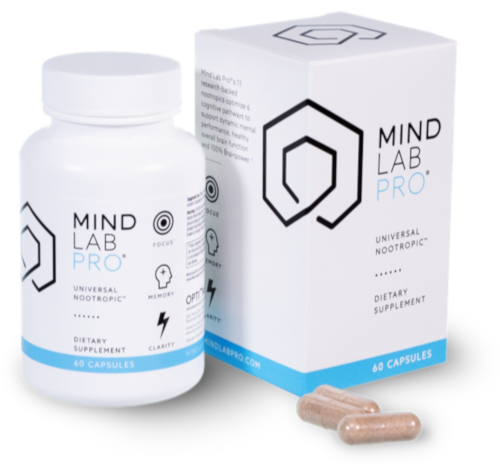 Looking for a Better Brain Supplement? 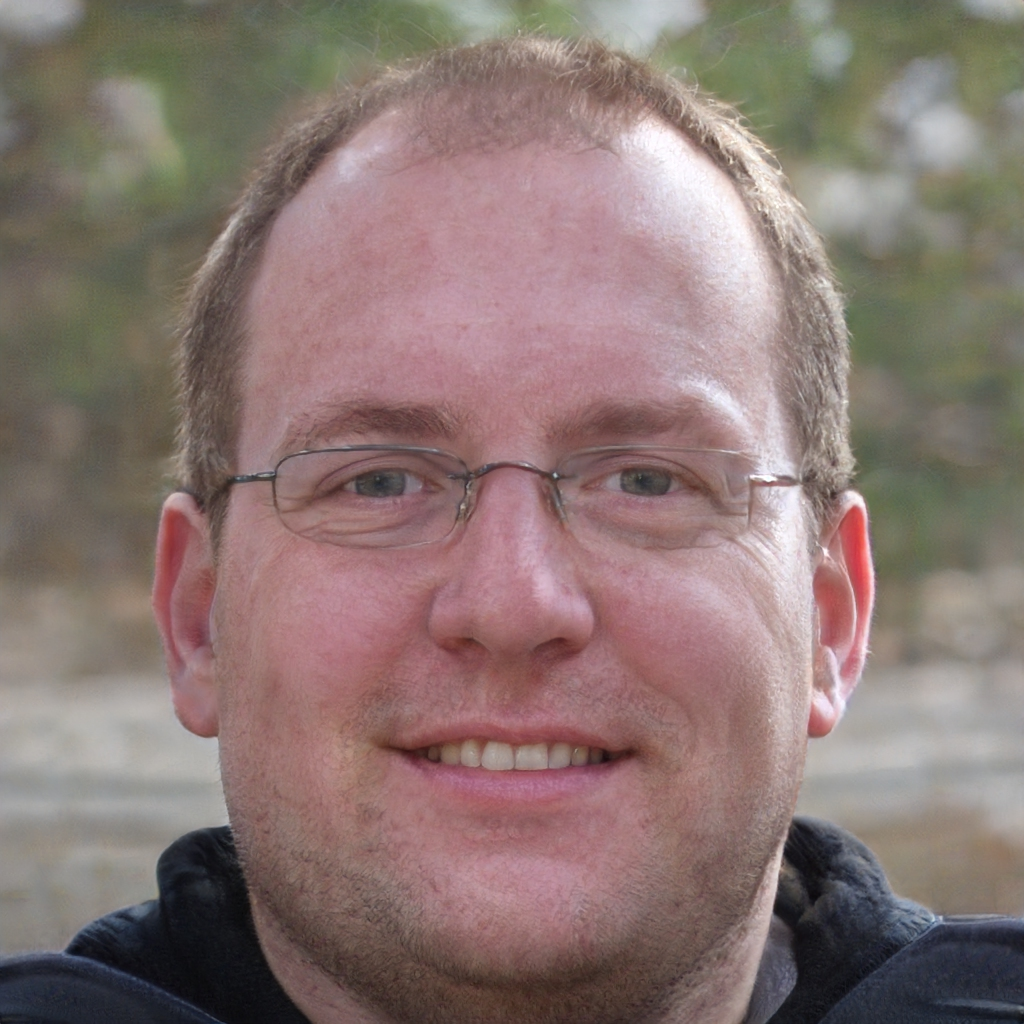